At long last, I can finally say I have my Irish driver’s license. This is the culmination of a lengthy process with sometimes completely hidden steps along the way. There’s the theory test, which was made all the more stressful by the fact that the system crashed when I first went to take it, meaning I had to reschedule right away or miss my chance to take it at all for several months. There’s the process of driving school, which I’ve discussed here. I had to submit paperwork and pay fees to get some credit for my quarter-century of driving experience in the States. And finally, last month, I took the driving test.

Now, I last took a driving test just a few weeks less than twenty-five years ago. I assumed it would essentially be the first and last time I had to do so. But, as we’ve seen in many cases here, having history, experience, or capability in America does not always help you in Ireland. So I scheduled the test (had to schedule it twice, actually, due to being told one thing by one official and another by someone else) and practiced all my Irish driving skills. I say “Irish” driving skills, because the methods and techniques are different here. You may recall some of the things I’ve mentioned before – no coasting to a stop in neutral, no looking over your shoulder when driving forward, no hand-over-hand steering method. So it should be no surprise the test is much different as well. There’s no parallel parking like we have in the States. But the three major skills tested are as follows:

Feel free to practice these at home! 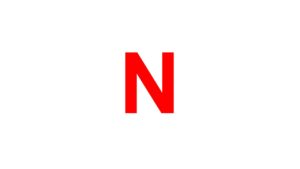 Each of these takes no more than a minute or two to execute. Yet the test lasts a good 30-40 minutes. As such, while those three maneuvers were certainly important to practice and master, there was far more that was to the test than simply getting them right. Don’t stay close enough to the curb when entering the roadway? A mark. Fail to use your turn signal (“indicator”) when going around a car parked on the roadside? A mark. Don’t come to a full stop at a stop sign? A disqualification. During my driving school career, I took at least a half-dozen mock exams, and I failed three times, for three different reasons, none of which were the specified maneuvers.  If I focus on just going out and doing these skills, I’ll miss out on the parts of the process that take place as I’m going.

I find it’s the same in life sometimes. The things for which we prepare and stress are of course important, but they are no less important than the simpler things surrounding them. As one who serves in a church, it’s easy to get into the thinking that the church service is the important part of the job. But there’s so much “church ministry” that happens outside the church! Our incidental interactions with people are often much more crucial than a formal program. A ministry partner summed it up well last week, as he was saying his goodbyes to a short-term team that had been serving with him for most of the month. He said something like, “You might look at this past month as your mission, your service, your ministry. But don’t think that. Your mission is your whole life, spent in service of others for the purpose of the Gospel.”

“Go therefore and make disciples of all the nations, baptizing them in the name of the Father and the Son and the Holy Spirit”
Matthew 28:19 [NASB]

One of the girls on the team pointed out that the “Go” in that verse isn’t a command – it’s more like saying “As you go, make disciples…”  What is God calling you to do today, as you go?

Leave a Reply to your old man... Cancel reply