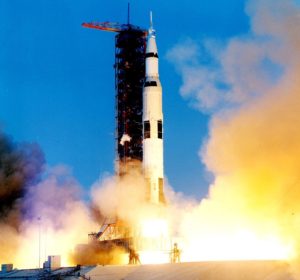 In the same imaginary town, God called two imaginary people to step out in faith to two separate (you guessed it, imaginary) ministries.  For each of them, the idea was definitely outside of the comfort zone – a faith-based risk.

Nobody wants to fail.  For some of us, the prospect of failure – particularly public failure – can keep us from stepping out in faith.  Or, if we do step out, we may hesitate to go all-in.  We may be more like Secret Steve than Open Olivia, concerned about what God’s call may do to our reputation rather than how to engage with it fully.  I’ll admit – I’m like Steve more often than I’d care to tell you.

The biggest lesson I carry from this is that I would rather look foolish for following up on God’s calling in my own life than ignore that calling and maintain an image of having it all together.  A similar idea can be seen in 1 Corinthians 1:26-29, quoted below from the ESV:

When considering faith-based risks, I would assert that approaching it more like Olivia will help us to see things differently.  If we are truly trusting God with the results, then we’ll understand He can have just as much purpose in failure as He has in success.  Maybe, failure in that sense is not really failure at all – just another step in our journey.  For me, even though I trust in God’s direction, I hate the idea of things not going as planned.  It feels like failure, even if I know it’s not.

But He’s still working on me.  If we aren’t to boast in our successes, we surely should not despair in our failures.  Instead…

What faith-based risk is God calling you to take?