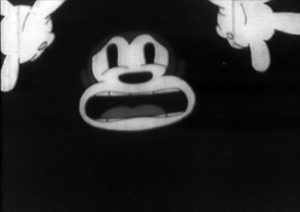 Before I had my driver’s license (the American kind you get at 16, not the Irish one), I naturally had to rely on others to drive me places.  Usually this was my parents, but occasionally I’d catch a ride with a friend.  I can remember one particular occasion, where a friend who lived close by offered to collect me before youth group and then bring me home afterward.  Sounded like a good way to go – no need to get Mom to drive me and no hurry to get out at the end for fear of making her wait in the parking lot.  This friend – I’ll refrain from sharing his name, as I believe he went on to a career in law enforcement – rocketed into our back driveway, pausing almost long enough for me to bound out of the house and into the passenger seat.  From there, it was a white-knuckled, breath-catching skid along the ten miles between my house and the church.  Speed limits were irrelevant.  We careened from one road to another, sometimes flying down potholed tracks, barely ever touching the ground.  I wasn’t smart enough to fear for my life, but by night’s end, we had risked that along with incarceration for speed, running at least one red light, reckless endangerment, and flying without FAA approval.  In retrospect, I should have kissed the earth when I got out of the vehicle, thanking God for His unending grace to let me still be alive.  Instead I probably said, “Later.”  And that was that.

Or so I thought.

As soon as I walked into the house, my dad said something to the effect of, “You’re never riding with that kid again.”  Deep down, in places I wouldn’t have acknowledged, I heard a round of applause growing into a full-on standing ovation.  My father was making use of his decades of life experience to deduce that the safety factor on that rideshare was not all that it should have been.  And, as he loved me, well, like a son, he was invoking his parental authority to protect me from another experience like the one I had just survived.  This directive would be both preventative and instructive, helping me to learn and grow.  My response was exactly what you’d expect from a sensitive, intelligent adolescent boy:

Well, it’s true what they say.  Teenage boys are dumb as a flower pot.  On one hand, I had disdain for being told what to do, fear of having to tell my friend this directive, and some form of amnesia about the twenty-mile round-trip I’d just had.  On the other, I had the very real possibility of finding myself in a pickup-truck-turned-crushed-soda-can.  So, of course, I let the former convince me to argue for the latter.

But aren’t we all like this?  Adam and Eve were given a whole garden of produce to eat, but their problem with God’s authority led them to eat from the one tree metaphorically marked “Do Not Touch”.  The Israelites in the wilderness had God’s provision each day, his presence in visible form, and the memory of His work to deliver them from Egypt.  But they rebelled multiple times, not content to be under His authority.  And on and on we see this example throughout Scripture, people twisting away from God’s design.  I do it.  If I can see after 25 years that my dad’s authority was wise and loving and for my benefit, how much more should I see that God’s mandate on my life is all the more what is best for me?

Nowhere is this seen more clearly than at the Cross, where the Father’s authority sent Jesus to die for me.

But God demonstrates His own love toward us, in that while we were yet sinners, Christ died for us.
Romans 5:8

Yes, we hate authority as part of our human condition.  But Jesus came to set us free from that brokenness.  Who do you know that needs to hear this message of hope?